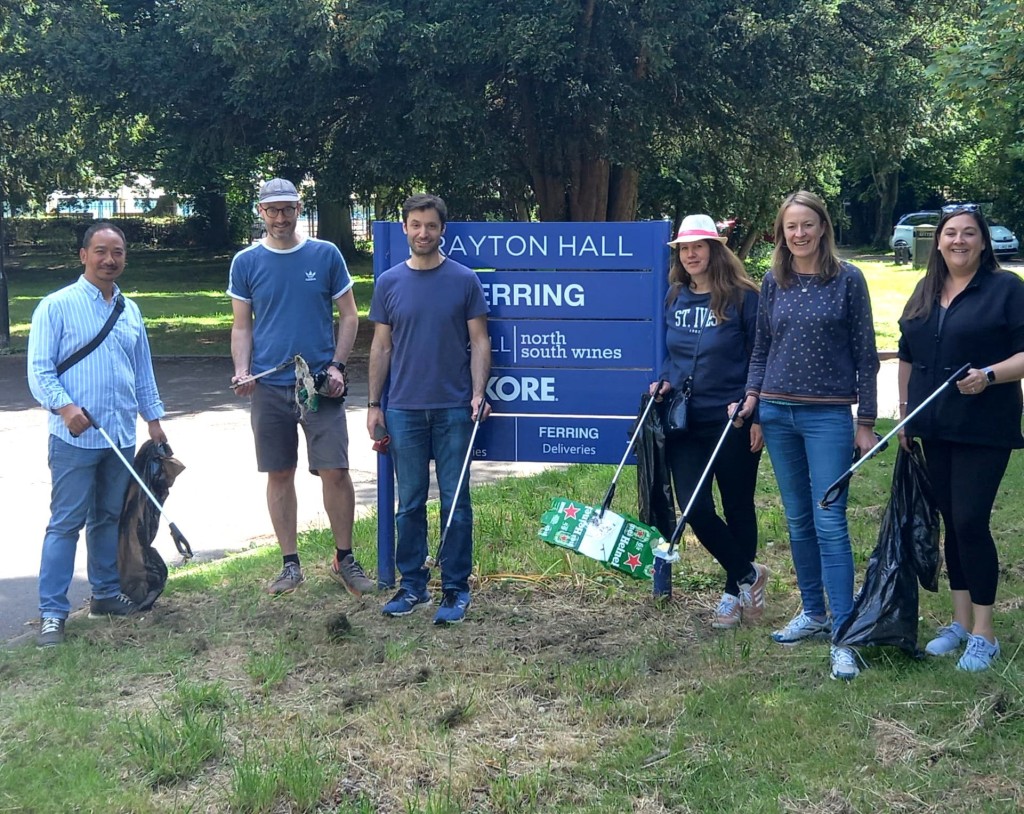 It was sometime in early 2021 when I was approached by our MD Kim about embarking on a mission to secure B Corp – the most recognised social and environmental accreditation in the world.

Right now, myself and the team at North South Wines are six to eight months away from completing our accreditation journey. During this time, I’ve been trusted with managing the scheme alongside Simon Ollendorff, our Finance Director.

Through committing to its programme, we’re willingly putting ourselves forward for months of scrutiny and auditing.

But the outcome will be worth it – for North South Wines, for our stakeholders and for the planet.

As we have worked through the process, we’re already developing new habits, putting in place new frameworks and basically rebuilding our agency.

Our aim is to become an even better business than we are already! Interestingly, there was a lot of amazing things that we were already doing but just not talking about them and maybe took for granted.

The scrutiny and assessments can be quite intense, but – for us – the process of becoming certified really is the most rewarding part.

We don’t simply want to be seen as being the most socially and environmentally conscientious wine distributor in the UK.

We want to actually be it!

So, as well as continuing to make life easy for our customers by discovering and delivering great value, great quality wines; our team is now also putting its full weight behind this mission.

At North South Wines we are known for throwing ourselves into a challenge, so it quickly became apparent that this journey was going to be right up our street because B Corp is turning out to be a very ‘hands on’ process.

We’ve also kicked things off with a green electric car scheme, which – for a company that spends a lot of the time on the road – will make a huge difference.

We have teamed up with Tusker which gives everyone in the company access to an Electric car should they choose. We have put in an added financial incentive in place for the sales team and will pay for installing their home charging pod.

And we’re also working as much as we can with local independent suppliers to help the community wherever we can.

But what’s created the biggest buzz in the office is talk of a new community volunteering initiative.

This will see North South Wines paying each of the team for a maximum of 20 hours a year to participate in voluntary work and our target is to encourage 80% of employees to doing some community hours each year.

With around 25 employees at North South Wines, as a company we have the potential to complete 500 hours – or a staggering 70 workdays – a year!

This is something I’m personally really looking forward to.

That’s because community work – whether it’s coaching the local football team, picking up litter or visiting people who are isolated in their homes – has the potential to benefit us as volunteers as much as it will the wider community.

It brings people together and – as we all know – great things happen when we unite.

In fact, for me, just carrying out the day-to-day administration involved in B Corp accreditation has ignited many interactions with a vast network of stakeholders.

And what I’m finding out has been uplifting.

It quickly became apparent that there is indeed a lot of good work going on behind the scenes that isn’t really being communicated to the broader world.

One great example is Mirabeau in Provence.

Mirabeau provides us with some of our best Rosés and is also going for B Corp.

They are whole-heartedly focusing on their staff’s wellbeing, as well as working on regenerative farming initiatives and schemes that will reduce water waste and non-recyclable packaging. Furthermore, like North South Wines, reducing their carbon footprint is also a top priority.

Mirabeau, like so many others in our portfolio, is a truly inspirational wine producer.

It’s great to be working alongside them.

This journey is demonstrating to me especially, that we’ve still much to learn about the work our suppliers are doing – because much of the time they are not shouting about it.

It has driven home the fact that it’s only when we speak to one another that the reality becomes clear.

In fact, our discussions in the office reveal that B Corp is having a far wider affect than we’d ever expect it would.

Many of us at North South Wines are becoming more mindful about the way we are living – even after the working day is done.

For instance, although I’ve always been aware of the impact my actions have, I’ve discovered a renewed focus on recycling, responsible consumerism and the importance of giving back.

And I know I’m not the only one.

If what is going on in my own life is being replicated in the homes of all the other B Corp company employees around the globe, then this movement could be the game changer our planet needs.

And if it is, then let’s hope more brands join North South Wines and sign up to the challenge of becoming better, more sustainable and more responsible businesses!

Life is too short to drink bad wine

Our search is never over for the best value, best quality wines. But if you are looking for a wine supplier, look no further. Fill in the contact form or call us to get started.